Connect Pipedrive and PostgreSQL via web interface in 5 minutes, without programmers and special knowledge.

Create integration of Pipedrive and PostgreSQL yourself, without programmers

Automation capabilities of
Pipedrive and PostgreSQL

Configure the rules once, according to which the systems will work.
Transmit data at specified intervals from Pipedrive to PostgreSQL. 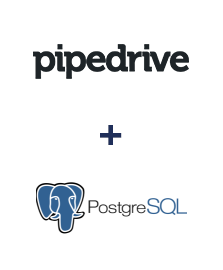 F.A.Q. on integration of Pipedrive and PostgreSQL

How is integration of Pipedrive and PostgreSQL carried out?

How much does it cost to integrate Pipedrive with PostgreSQL?

At the moment, we have 181+ integrations beside Pipedrive and PostgreSQL

Pipedrive is a CRM system focused on building a sales funnel. According to the founders of the project, its services are already used by about 90,000 companies around the world. Pipedrive is an effective sales management tool for any project based on visualization of all stages of the sales funnel. The platform offers tools such as web forms, a customizable virtual chat partner, communication management features, recommendations from the built-in sales assistant, tools for maintaining a customer base, and more. The service can also be used using mobile applications for iOS and Android. More

The PostgreSQL database management system offers users quite extensive functionality. For example, functions in it are displayed as blocks of code with server execution. Another element of the system's functionality is triggers, presented as functions called by DML operations. The interface of this DBMS supports several types of indexes (GIN, GiST, Bloom, BRIN, hash and B-tree), in addition, users have the ability to create and add new types themselves. PostgreSQL has multiple versions available; the system also supports more than two dozen data types and the addition of a number of custom objects. More